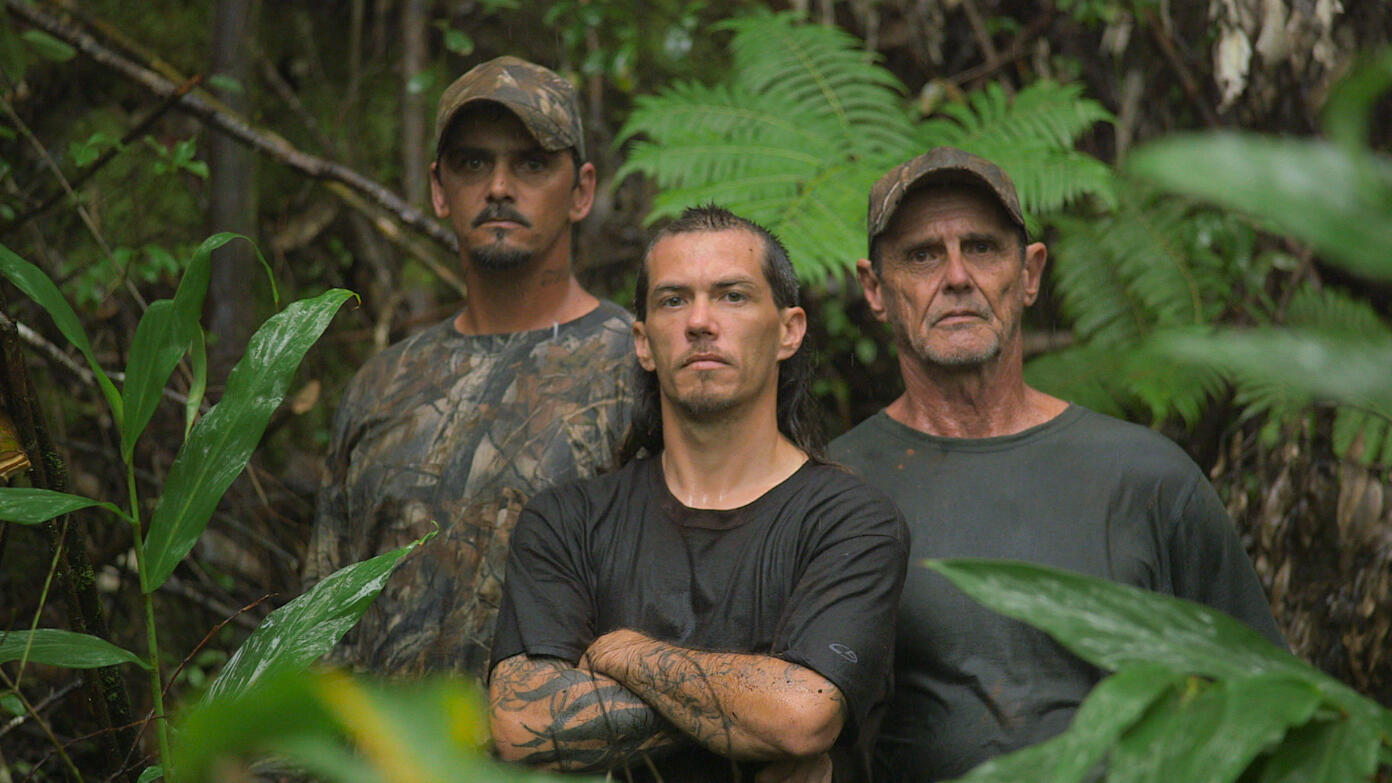 In the middle of the Pacific Ocean, rests the island paradise of Hawaii. But hidden behind its beauty, is a lost land with thousands of acres of untamed jungle, home to wild beasts and the men who hunt them. For two months each year, when the rains stop, longtime hunting clans who live off the land fight for wild game. Survival depends on allegiance to family, and power belongs to those who can control the most hunting trails.

In American Jungle, we witness the triumphs of families that have chosen to live off a land they love and revere. Just like their ancient ancestors, these hunters choose to use knives and spears to take down their prey, which includes feral bulls, wild boar, goats and rams. Each clan takes a unique path through the jungle. As the animals desperately search for water during the dry season, the hunting families are forced to follow their prey and cross trails fought over for generations. In a land where traditions run deep and ancient spirits rule the mountains, a new challenge takes hold for these two months. The will to survive takes hold as these clans battle nature and each other to become king of the American Jungle.