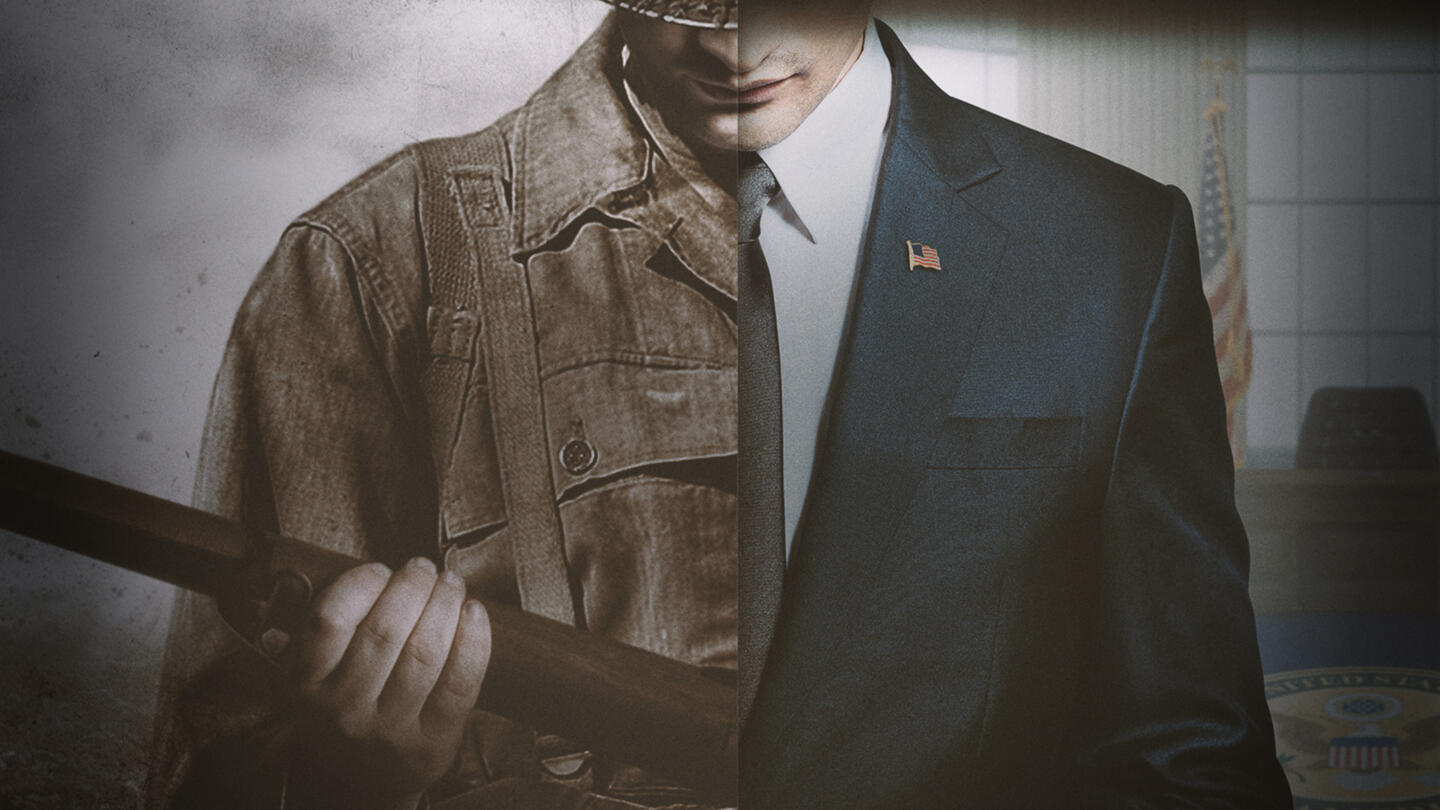 Available to Stream in HISTORY Vault

Presidents at War is a two-night HISTORY event. This landmark series tells the story of World War II through the experiences of eight remarkable men. Men who, like sixteen million other Americans, bravely serve their country during its darkest hour, and then go on to further service as the nation’s Commanders-in-Chief. Dwight D. Eisenhower, John F. Kennedy, Lyndon B. Johnson, Richard Nixon, Gerald Ford, Jimmy Carter, Ronald Reagan and George H.W. Bush. This is the story of how their war experiences change them, how they emerge from conflict as leaders and how the crucible of war shapes the decisions they make when they reach the White House.

The Presidents’ experiences give a vivid picture of both the European and Pacific theaters of battle in World War II. Nineteen-year-old bomber pilot George H.W. Bush and twenty-five-year-old PT Boat commander John F. Kennedy fight on the front lines in the Pacific. Fifty-two-year-old General Dwight D. Eisenhower – a man who had never seen combat before the outbreak of the war, goes on to become the Supreme Allied Commander of the war in Europe – and seizes it back from Nazi control.

These are men who would play a first-hand role in the war effort. They become men who would steer the nation through conflict and turmoil in the last half of what would become known as the American century, fueled by lessons they learned during the 20th century’s defining war.

George H.W. Bush’s Role in WWII Was Among the Most Dangerous

The Navy Disaster That Earned JFK Two Medals for Heroism
By submitting your information, you agree to receive emails from HISTORY and A+E Networks. You can opt out at any time. You must be 16 years or older and a resident of the United States. More details:

Watch Select Episodes Without Signing In

The Curse of Oak Island 25

Revelation: The End of Days 2

The Secret of Skinwalker Ranch 18