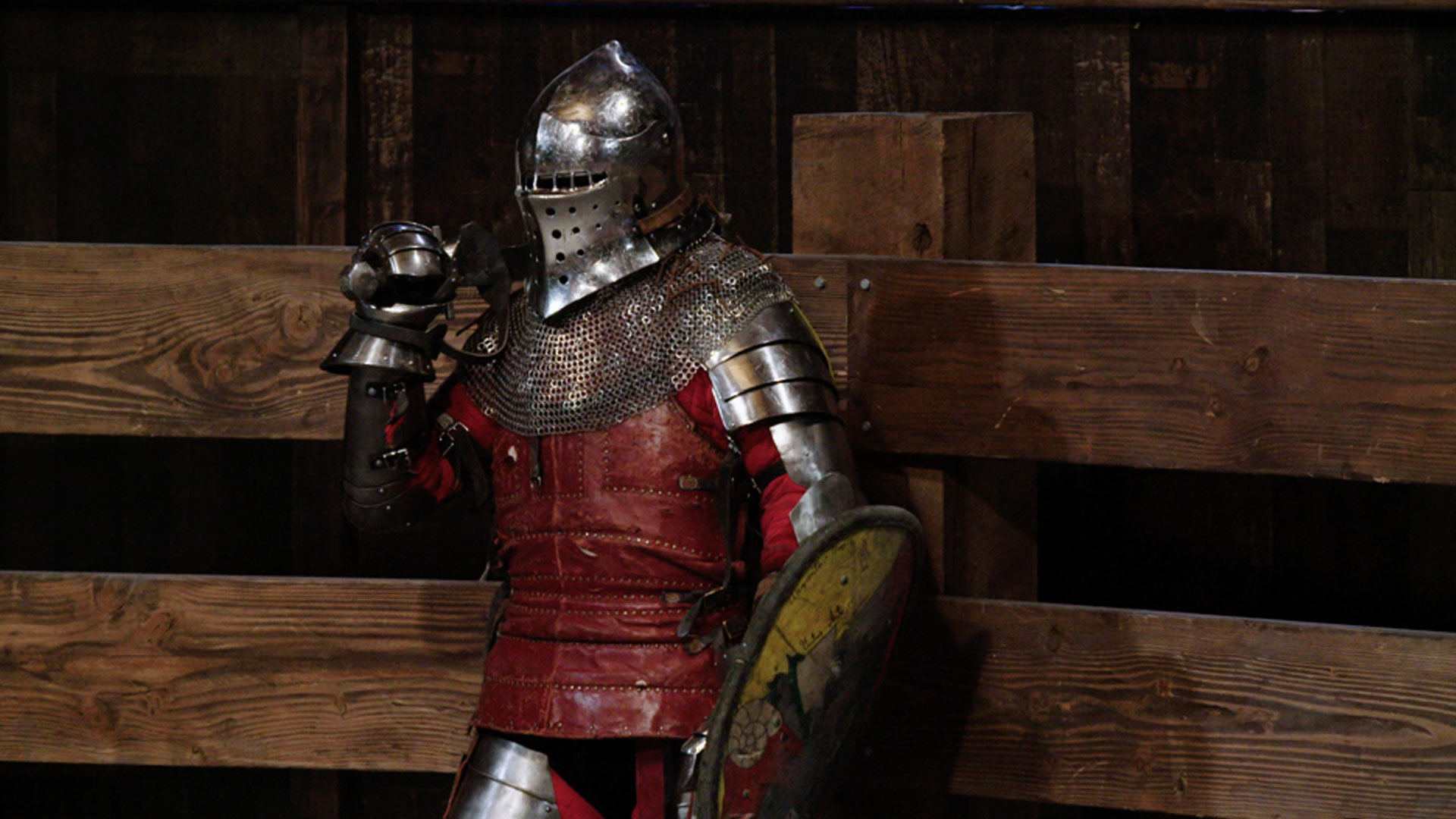 Six modern-day fighters, specialists in the techniques of armored combat, place both their expertise and bodies on the line as they compete while suited in armor and weaponry of the past. After battling through a six-man Grand Melee, the remaining four combatants will be paired for a Team Melee. They must assemble the armor and adapt to the weapons used by 12th Century Knights Templar during the Crusades. The winning duo will go head-to-head in a final Duel, wielding the formidable Two-Handed Falchion. This victory–and the $10,000 prize–is the first step towards winning the Knight Fight Tournament Championship at the end of the season.