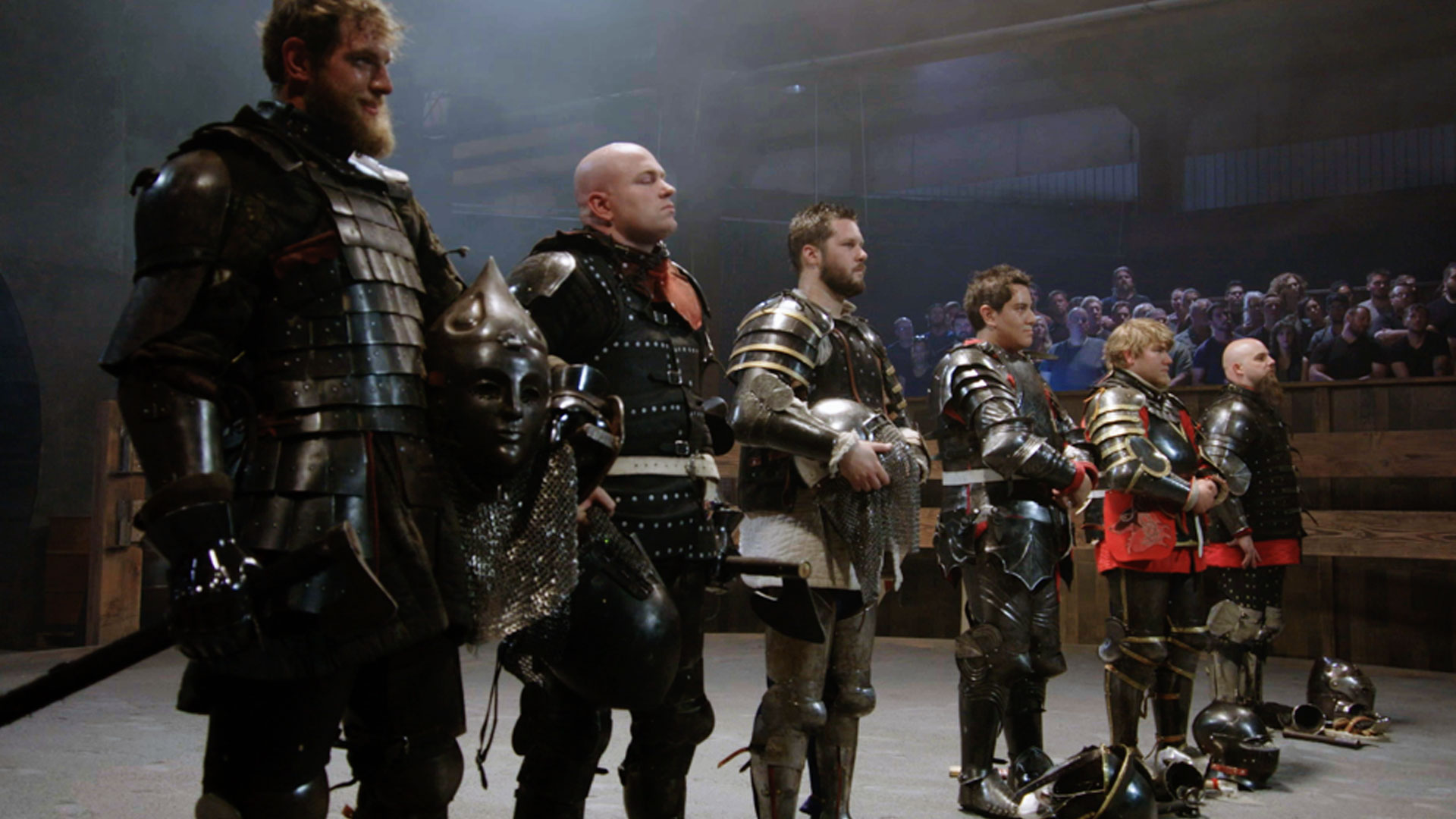 Six armored-combat specialists compete to display their fighting prowess equipped with armor and weaponry of the past. After battling through a six-person Grand Melee, four advance and are paired for the Team Melee. Here they must assemble the armor and adapt to the weaponry of the ancient Romans and Barbarians. Only two combatants will face off in a final Duel. When the competitors fight with one of the most imposing weapons of the Roman era–the Rhomphaia–who will wield it better and win $10,000 and the title of Knight Fight Champion?